Readership numbers for our website continue to soar – thanks to everyone for your support (even those that don’t like us!)

What’s on at the club tonight …

Hi Dave We only had 6 players available for our first match of the season but Ashford Athletic very sportingly dropped to 6 also. The first half saw glimpses of some impressive passing and good movement between the 3 across midfield Brad, Ellis and Riley. This was backed up by Louis and Liam with some strong defending and some really good goalkeeping from Charlie in the first half and Brad in the second half. Unfortunately we didn’t keep up the same style of football in the second half but a really good effort by all 6 players. Our goal scorer was Ellis and player of the match was Riley.

Bags and garments … many of you have waited patiently … they are on their way. Our suppliers stopped supplying! We now have an arrangement direct with JAKO and hopefully within the next 3 weeks deliveries will return to normality. 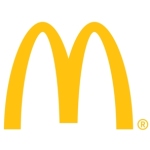 These will be available very shortly for free meals for two persons for the respective PoM in the McDonalds-sponsored teams. This season they are Sid and the U13s, Rob and the U11s and the two U10 squads with Matt/Gavin and Pip/Andrew respectively.