Bromley Green Under 12s are sponsored by Wood Rail Consultancy

Match date: 21 April 2015
Bromley Green 2-0 Biddenden
Adrian reports from a happy Waterside
Bromley Green started off really well creating a few chances down the right wing via Connor Atley, hitting the side netting twice.
Tiger and Dilan were playing well off each other in midfield and collecting the bouncers from goal kicks and nearly scoring playing a one two.
John Gibbs, Rowan Ali and Jack Baxter were solid in defence again getting us out of trouble on various occasions.
Tyler Donovan took a goal kick and the bounce beat all the defence with the Biddenden keeper getting fingertips to the ball but it wasn’t enough to stop the ball going in the net 1:0 BG.
Second half Biddenden kept making substitutions however it wasn’t enough to keep out a fantastic shot from Tiger who beat the offside and defence, shrugged off a couple of challenges and buried the ball in the net 2:0 BG.
BG still creating another few chances with Dilan smashing one straight into the keepers arms.
Brilliant display from the 10 boys of BG and finally a victory.
Man of Match was keeper Tyler Donovan.

Message: 2.2.2015: Training will be on Tuesdays only until the lighter evenings

Match date: 24.1.2015
Bromley Green U12s travel away to Headcorn
Report by Adrian Wood
First half was a real even affair with the ball travelling end to end constantly but for all the effort of both teams it was for long periods to no avail.
One of the scrappy episodes in the Headcorn box resulted in a John Gibbs effort hitting the crossbar and then dropping behind the line before the keeper scrambled the ball out, GOAL! … We screamed but it fell on deaf ears as the Referee gave nothing.
Tiger was constantly taking them on down the right wing but unfortunately there was little support at the final ball.
Headcorn broke down the right and crossed a ball that beat everyone apart from one of the opposition as it bobbled about between various outstretched legs, GOAL to Headcorn 5 minutes before half time.
Bromley Green started the second half still in rest mode and let Headcorn come at them but Reserve Keeper Tyler Donovan was on top form to deny them anything with a string of fine saves which he continued to do throughout the half.
Bromley broke down the right with Tiger Wood again taking on 2 or 3 players and crossing in however the ball was knocked outside the box to Dilan who then fought with the defenders with the ball at his feet he took 2 or 3 knocks finally resulting in a penalty for Bromley which Tiger was determined to take.
1-1 he buried it bottom corner.
Bromley then went on with most of the possession for the remainder of the half but it ended honours even, 1-1 away result for the boys who were unlucky not to come away with all 3 points.
Special mention to Aiden Tree, Tiger Wood, George Staples, Jack Baxter and Tyler Donovan who all played their socks off.
Well done to all the team.

Next game Saturday 17 January 2015
Under 12s home Grasshoppers (10am) Players please meet in the clubhouse by 8.30am

More photos and slideshow on the Home Page

Congratulations to John – our Player of the Match 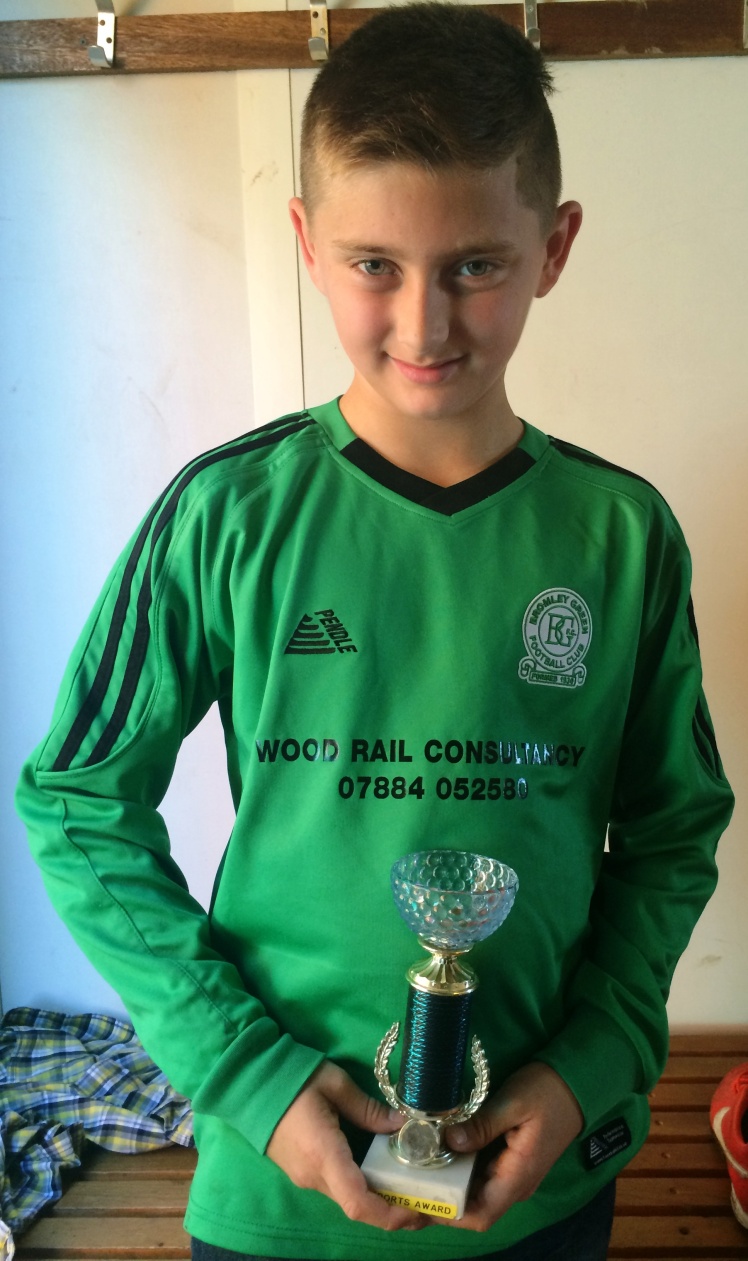 1.11.2014 BG U12s v Smeeth Brabourne Hawks U12s
Report by Adrian Wood
We knew it was going to be tough today as last time out we lost 14.0 so we played a defensive game with a 1.4.4 and hoped to nick a goal on the break if we could.
BG held out really well in the first half and limited the Hawks to 5 chances of which 2 resulted in goals, everyone battled hard and Mateusz was brilliant between the sticks again, George and John we’re playing really well in Midfield and Tiger and Jack held it together in the centre of defence.
BG had a couple of half chances in the first half created by some nifty one twos down the wing between Connor and Aiden. John Gibbs gets a mention for his brilliant heading skills and attitude.
Second half BG started a little slowly and conceded an early goal due to lack of concentration.
Tiger was put clean through, just the keeper to beat, he knocked it past him and the keeper took him clean out with no attempt to get the ball however all that resulted was a few words and a free kick which missed the target.
BG conceded another 4 goals due to sloppy marking again but they battled on to the last kick, they all played their socks off and deserved something from the game but it wasn’t to be.
Really proud of all the boys as I said there’s no shame in losing when you give your all, we held our heads up so well done to all the Lads.
Man of the match was a close decision between John Gibbs and George Staples, John got it by a whisker due to his improved attitude after a difficult few weeks.
Well Done John and well Done U12s. 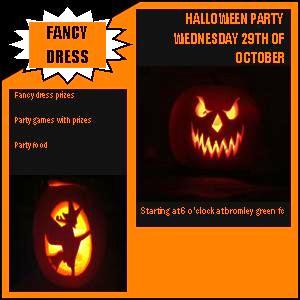 Thursday 2 October 2014: message from Adrian that training is off tonight

25.6.2014 U11s please note your training on Thursday and next Tuesday will be with Pat at the altered time of 5-6pm … please spread the word … thank you

Aiden is our Player of the Match against Headcorn

Match date: 5.4.2014
ADYFL U11 Division
Bromley Green 1-7 Headcorn
Report by Adrian Wood
Bromley Green U11s faced Headcorn at Waterside.
Headcorn started off the stronger team and Bromley were struggling to get the ball out of their own half in the first 10mins.
Headcorn pressure told as they scored 2 goals in succession after poor passing left Bromleys keeper exposed.
Bromley then started to get into the game more and created a couple of small chances and half time neared with the game at 0.2 but just as Bromley started to settle a poor clearance fell to Headcorns midfield, Bromley were caught outnumbered and conceded just before the half time whistle 0.3.
Second half Bromley started brightly but again poor clearances and positioning left us exposed and Headcorn scored again 0.4.
Bromley finally strung together some passes down the left and managed to score 1.4.
For a brief moment it looked like Bromley might get back into the game but they conceded 3 more weak goals within 10 minutes which killed any fight back.
Headcorn could have scored more were it not for the woodwork and this leaves Bromley with work to do to try and finish the season as strongly as possible.
Man of the match went to Aiden Tree who played really well and stuck to the task of Right Back.

Bottom of table clash between Bromley Green and South Ashford Royals u11s who were currently above us by 2pts although we have 2 games in hand.
The game started off at high tempo and South Ashford scored in the first 2 minutes from a debatable free kick just outside the box.
Bromley never dropped their heads and both teams had chances in the first half which ended 0.1.
Bromley started the second half strongly and we’re rewarded when a goal mouth scramble ended up with the ball in the net from Mateusz 1.1.
Bromley then pushed on and started to get the majority of the play and we’re creating chances, our defence were strong and midfield was passing well when a pass from Tiger found Rowan outside the box, he controlled well and lobbed the keeper which put Bromley 2.1 up.
The whole team played exceptionally well and apart from a couple of injuries everyone done their job really well. A special mention goes to George Staples who battled and scrapped for every ball and was well deserving of Man Of the Match.

Weekly fee remains at £2 per person

Outside venues
North School Astro
Monday 6-7: Under 15s and BG Girls [half pitch each]

4 September 2013: note from your managers … TRAINING WILL NOW BE STARTING AT 6PM

31.8.2013
Really good performance by all in our friendly with South Ashford Royals! We are starting to play as a team and everyone is working hard and this is showing in our games! Man of the match goes to Aidan who didn’t stop running all game, really well played guys.